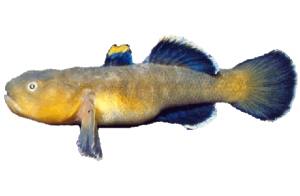 Taken from original materials created by Adrian Tappin – May 1997

ANGFA Qld basically began at the same time the National Association was started – following the visit of Graham Heidke and Adrian Tappin to Melbourne in November 1982.  Initially, it was not planned to have an official Regional Group in Queensland as there were quite a number of Aquarium Societies already established and it was thought that there would not be enough interest to support another.  However, due to the persistent nature of Gordon Hides, it was decided to start a group with regular meetings being held in private homes.

In early 1983, the first meeting was attended by approximately five people and was held at the home of Adrian Tappin at Manly, thus a Queensland Regional Group was born. It was to become known as the “South-East Queensland Regional Group” (SEQRG). Meetings were organised for the last Friday of each month to be held at different members’ homes on a rotating schedule. However, at a later meeting it was decided that if this young organisation was to grow it would have to have a permanent meeting place, so the group moved into its first public location at the Sherwood State School, with meetings held bi-monthly.

Early Office Bearers were Graham Heidke, Adrian Tappin, Glenn Leiper, Rod Campbell and Bruce Hansen. Membership was offered to any person with an interest in the fishes of Australia and New Guinea, although species from New Guinea were few and far between in those days. Habitat surveying was to be a major part of the groups’ activities as it was believed that much more information was needed on our native fishes. Attempts were made to attract regular speakers to the meetings on subjects as diverse as research, biology, ecology, conservation and aquarium management including the practical and theoretical aspects of aquaculture and aquatic science. Membership fees were set at twelve dollars.

In the latter part of 1984 we became a founding member of the newly formed Queensland Federation of Aquarium Societies (QFAS) and in April 1985, we had our first public display at the “Hobby and Trade Show” held at the Chandler Sports Complex. Membership increased slowly and by the end of 1985 there were only 20 members, however today (1997) we number over 100. The South-East Queensland Regional Group continued to grow, never missing the opportunity to promote itself and the native fish hobby, all be it with rather primitive promotional material compared to what one finds today, but it apparently did the job.

In June 1985 the first official Newsletter was produced under the professional guidance of one Jarvis Finger, (the only “Finger” in Moggill) and was welcomed by the general membership. The newsletter had regular columns on Club News, Breeding Natives, Feeding Natives, Books, and Keeping & Caring. In 1989, Bruce Hansen, Sue Smith, Adrian and Fran Dawson took over the newsletter reigns as publication committee following the departure of Jarvis Finger. The publication of a regular newsletter in the intervening months with bi-monthly meetings was a major factor contributing to the success story of the SEQRG.

The Sherwood State School continued to be our official meeting place, but because of increasing membership, it became obvious that we would have to move to larger quarters. In February 1989 a new location was found and meetings moved to the Nundah Municipal Library. However, this location was quickly outgrown and in June 1989, another move was made to our present location at the Bar-Jai Clubrooms in Clayfield.

1990 was a big year in the history of the South-East Queensland Regional Group as we were sponsors of the third National ANGFA Conference in Brisbane. As the National Organisation was not incorporated and with the interest of Queensland members paramount, it was decided that the Group should be incorporated before running the Conference. So on the Eighth day of February 1990, the South-East Queensland Regional Group became incorporated and would be known officially as ANGFA (QLD) Inc. Thus another chapter was written into Queensland history.

1992-1993 were also historic years – attendances at the bi-monthly meetings continued to increase and field trips which have become a regular feature of ANGFA (Qld) were well attended. Highlights were the “Pet and Hobby Expo”, where members’ efforts were rewarded by winning the coveted “Best Club Display” for two consecutives years. 1993 was also the year that our Newsletter took on a new look under the capable command of Barry Meiklejohn. The advent of Barry with his desktop skills and flair lifted our newsletter to unsurpassed heights.

In 1994 we were sponsors of yet another successful National Convention in Brisbane. The audio-visual extravaganza presented by Barry Meiklejohn and the “Fish Widows on Tour” concept inaugurated by Kath Wager and Aimee Brookes are now a standard component of the ANGFA Convention scene. The years 1995-1996 saw ANGFA (Qld) consolidate its position as a significant aquarium group in Queensland and all elements are in place for its continuing success.

ANGFA (Qld) continues to meet bi-monthly at the Bar-Jai Hall in Clayfield as well as producing a monthly newsletter/magazine coordinated and edited by Adrian Tappin called In-Stream. 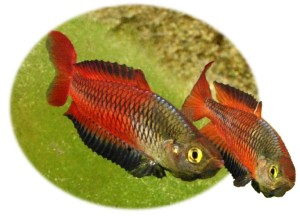