The lionfish possesses up to 18 needle-like dorsal fins that can deliver venom. It’s naturally defensive, and utilizes its camouflage and fast reflexes to capture prey. They can even harm humans and cause nausea and breathing difficulties with their venomous sting. The lionfish is native to reefs and rocky crevices, and they’ve made their way to Florida’s Atlantic coast 25 years ago. END_OF_DOCUMENT_TOKEN_TO_BE_REPLACED

If you didn’t make it along to the BCC Pest Fish Education Event you missed a fantastic morning out. The water might have been too cool for the Tilapia to bite but there were lots of other fish being reeled in. We were all impressed with the variety of native fish in the lake despite invasions from African Tilapia, American Gambusia and North Queensland Barred Grunter. There might have been a few fish that went back without being tallied but we did our best to count everything that came in – checkout the stats below. The barbless hooks provided by BCC ensured fish were able to be returned to the water in good condition. I still haven’t found out who managed to land gambusia while line-fishing… 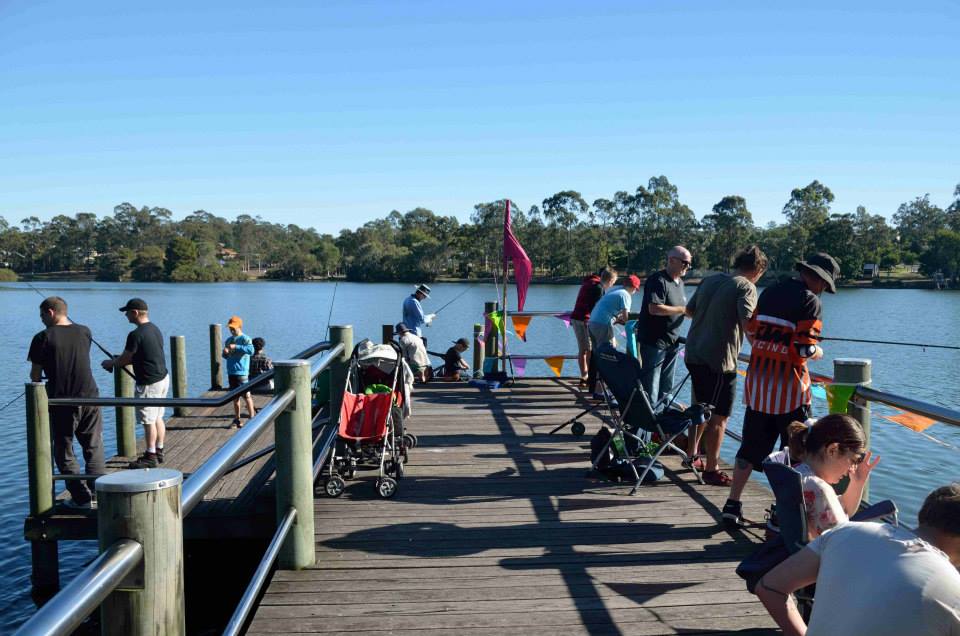 END_OF_DOCUMENT_TOKEN_TO_BE_REPLACED

Firstly, tilapia females carry their eggs and larvae inside their mouths, providing protection which virtually ensures the survival of the next generation. They are also a particularly hardy fish, tolerant of poor water quality, pollution, low oxygen levels (which they tolerate by gulping air at the water surface) and a wide range of water temperatures (8- 42 °C). They can also survive in brackish water, which allows them to move between river systems after river flow events, and have rather flexible dietary requirements. When their favoured algae, animal waste and planktonic food items are scarce, they can readily adapt to alternative food sources, ranging from completely herbivorous to totally carnivorous (including cannibalism). END_OF_DOCUMENT_TOKEN_TO_BE_REPLACED

Moitoring ferals: Colin Johnson, from Durack Institute of Technology in Geraldton, with a fish trap he uses to monitor fish stocks in the Chapman River. Photo: Jo Prendergast

Researchers in Geraldton in Western Australia are targeting feral fish in local waterways.

Durack Institute of Technology researcher Colin Johnson is leading a program monitoring tilapia numbers in the Chapman River near Geraldton, by regularly placing traps in the water.

He says the fish populations are monitored to ensure the fish numbers don’t increase and threaten other nearby waterways.

“The main focus is to try and determine the range of pest species, which is the tilapia, within the Chapman River and to also see if it’s become established in the surrounding rivers,” he said. Although sleepy cod (Oxyeleotris lineolata) is a native species found on the eastern fall of the Great Dividing Range, it risks upsetting the ecological balance in the western rivers.

Sleepy cod have been found in the Thomson River from Windorah north to Longreach and are likely to be in the Barcoo.

The cod is a native species but found naturally only on the eastern fall of the Great Dividing Range, from Rockhampton north and into the Gulf of Carpentaria. END_OF_DOCUMENT_TOKEN_TO_BE_REPLACED The former pets and their offspring, some 40cm in length and weighing 2kg, are among invasive feral fish entering the southwest waterways, where for the first time unique local fish are outnumbered by alien species. END_OF_DOCUMENT_TOKEN_TO_BE_REPLACED 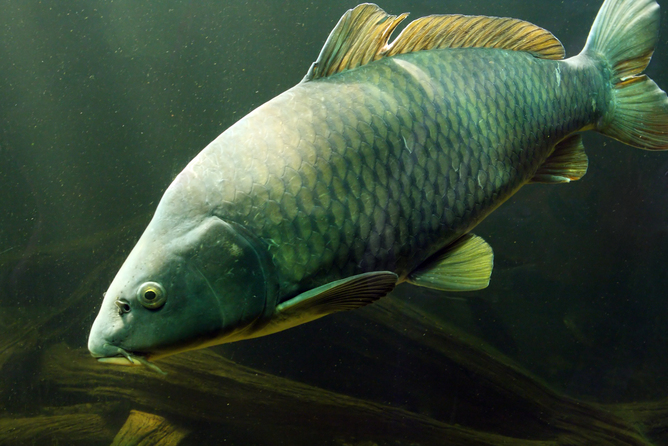 The technology is safe and could be used to greatest effect with other forms of pest control. It might also be used to control other vertebrate pests such as cane toads. END_OF_DOCUMENT_TOKEN_TO_BE_REPLACED

Learn how to identify pest fish species and the impact they pose on our native fish and aquatic habitat. During the event, residents will able to fish for Tilapia, a hardy fish whose effective breeding habits can lead to it overrunning native species, other noxious fish such as carp, and ornamental fish commonly kept in home aquariums such as goldfish. To take part in the fishing activity, residents are asked to sign up at the registration marquee near the Stage area at the parklands where they will be directed to one of the designated fishing sites around the lake.

There will also be a free sausage sizzle.

Participants will be required to bring along their own fishing rod and line. Barb-free hooks will be provided to reduce the impact on native bycatch that will be returned to the water. Bait will be available on site.

As this is an outdoors event, participants should also bring water, sun smart clothing, hat, sunscreen and enclosed shoes. All children, under the age of 18, must be accompanied by an adult.

Note: Fishing in Forest Lake is normally prohibited, however Council has approval to oversee this one off event to raise awareness for and manage this pest species.

More information about pest fish is available from the Department of Agriculture, Fisheries and Forestry. The 2010-11 episode also highlights the difficulty of performing what amounts to “environmental triage” on degraded river systems such as the Murray-Darling, while still ensuring that everything stays in balance. END_OF_DOCUMENT_TOKEN_TO_BE_REPLACED

Along the bottom of the beautiful Murrumbidgee gorge south of Canberra science is turning up the heat on huge carp.

Senior fisheries technician Prue McGuffie of the NSW Department of Primary Industries with a carp that didn’t get away. Photo: Jay Cronan

In the first project to track carp in an upland river system in NSW, data will be gathered to learn seasonal migration patterns and the best opportunities to trap large numbers of aggregating carp.

Acoustic tags were inserted into some of the big carp, which were released back into the eight-metre-deep hole at Bush Heritage Australia’s ”Scottsdale” reserve.

The tag sends out a ping to a listening station in a white buoy in the river. Every time a tagged fish passes, the station records a ping, enabling researchers to download information every few months.

Other carp were dissected to remove their ear bone to determine their age, a key to analysing population structure and determining good years of spawning.

Senior NSW Fisheries technician Prue McGuffie, who netted the hulking, slimy green and grey carp, also kept a watch out for endangered Macquarie perch, which she is researching.

Ms McGuffie netted two cod fingerlings that she will genetically test to determine if they are Murray cod or trout cod.

Meanwhile, on the banks with varying vested interests, scientists, a fly fisherman and a potato farmer’s son watched intensely as a four-kilometre stretch of the river was netted.

Fisherman Steve Samuels is providing local knowledge for the project, and can recount the 1970s when the Murrumbidgee teemed with spawning silver perch. ”You’d only see one or two carp,” he said. ”Trout were all the way up the river.”

Laurence Koenig, whose family grows organic garlic and potatoes on ”Ingelara” next door to Scottsdale, was there to collect dead carp, humanely dispatched in a tub of ice.

Mr Koenig hopes researchers will continue to catch carp from the big hole. It could give him a tonne of fertiliser at each trapping session.

”They are a long-lived species, so that is not a problem; it just means they have missed a year,” Dr Lintermans said.

Bush Heritage regional manager Peter Saunders said data would determine the best carp removal and control options to safeguard native fish. “We hope this work will fill a gap in Australia’s understanding of carp biology and behaviour in upland river systems, and guide new trials for targeted carp removal to better protect our native fish and river habitats,” he said.

Dr Lintermans said that if carp moved broadly along the river, trapping may not be effective. If they stayed in one spot, they could be controlled.

Observations so far show carp will jump barriers like waterfalls, whereas native fish will not. Carp will congregate in warmer pockets of the river and, at other times, for bait feeding or spawning. Dr Lintermans said Murray cod were rare in that section of the river.