The critically endangered western trout minnow has been bred in captivity for the first time, in a program that is hoped will help shore up the population.

The western trout minnow was the first freshwater fish species in Australia to be listed as critically endangered. Photo: Department of Fisheries WA

The western trout minnow is so rare it is only found in three small rivers in WA’s Great Southern region.

It was the first freshwater fish species in Australia to be listed as critically endangered.

Researchers from the University of Western Australia and the Department of Fisheries have managed to breed the fish in a laboratory, and hope to restock the rivers in a couple of years.

Principal research scientist Dr Craig Lawrence said there is also a team examining the reasons why the fish are becoming extinct.

“They are specifically looking at the reasons why several rare species in WA have got very low numbers in the wild,” he said.

“Once those factors are identified, we will put together a strategy to address them and it’s only then that we would look at restocking.”

Dr Lawrence said researchers had to break new ground in figuring out how to breed the fish.

“We had to work out how to keep them, feed them, breed them, incubate the eggs, raise the embryos, hatch the larva out, and rear them up to fry,” he said.

He said weirs and dams on water bodies changed the way the rivers flow, which affected the fish’s breeding in the wild.

In one case, researchers built a “fish ladder” to help the animals get around the barriers, and this may need to be installed in other areas too, Dr Lawrence said.

The fish’s size was also a factor in breeding it in captivity, he said.

“When we’re talking about these fish, we’re scaling everything down to 1:1000 of what we would usually use,” he said.

“The accuracy of the injections and anaesthesia we use have to be very rigorous and there’s very little room for error.

“No-one else has used these techniques before for a fish of this size.”

The research has been carried out over five years, but the fish only breed four weeks out of the year, Dr Lawrence said.

Step by step build process of my paludarium The Billabong.
Includes footage of the inhabitants. Spotted Blue Eyes and Threadfin Rainbowfish native to FNQld and New Guinea.. also a capture of a Green Tree Frog in action catching crickets in Slow Motion.

END_OF_DOCUMENT_TOKEN_TO_BE_REPLACED

The next ANGFA Queensland meeting is on Friday, August 8 at 7:30. 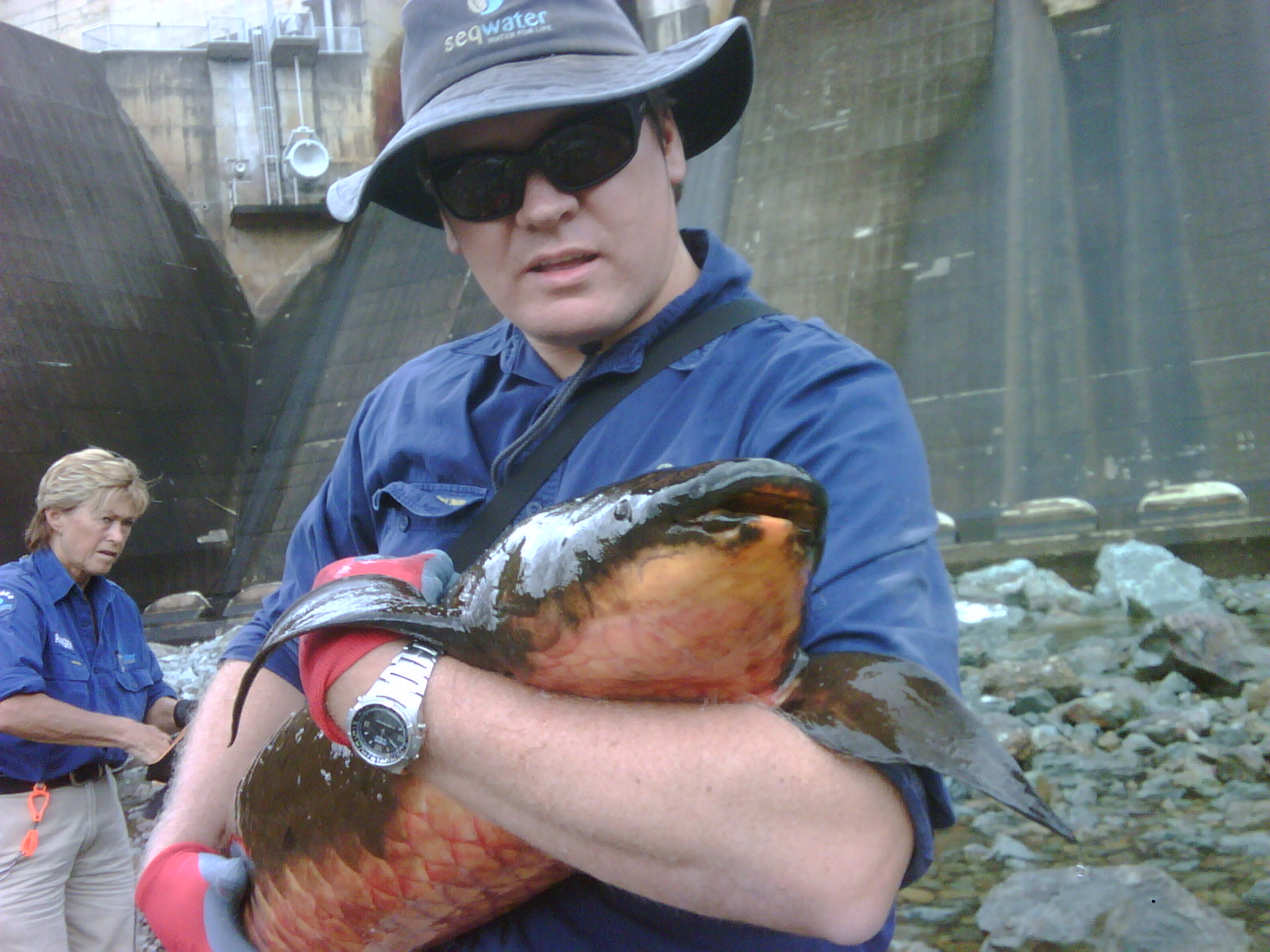 David Roberts with a sizable lungfish.

This meeting we’ll have a presentation from David Roberts of Seqwater with an update on the latest lungfish research and management work he’s been involved with.

We’ll also have a slide show from our secretary who recently had the opportunity to visit Edgbaston Reserve with a crew from Bush Heritage Australia. 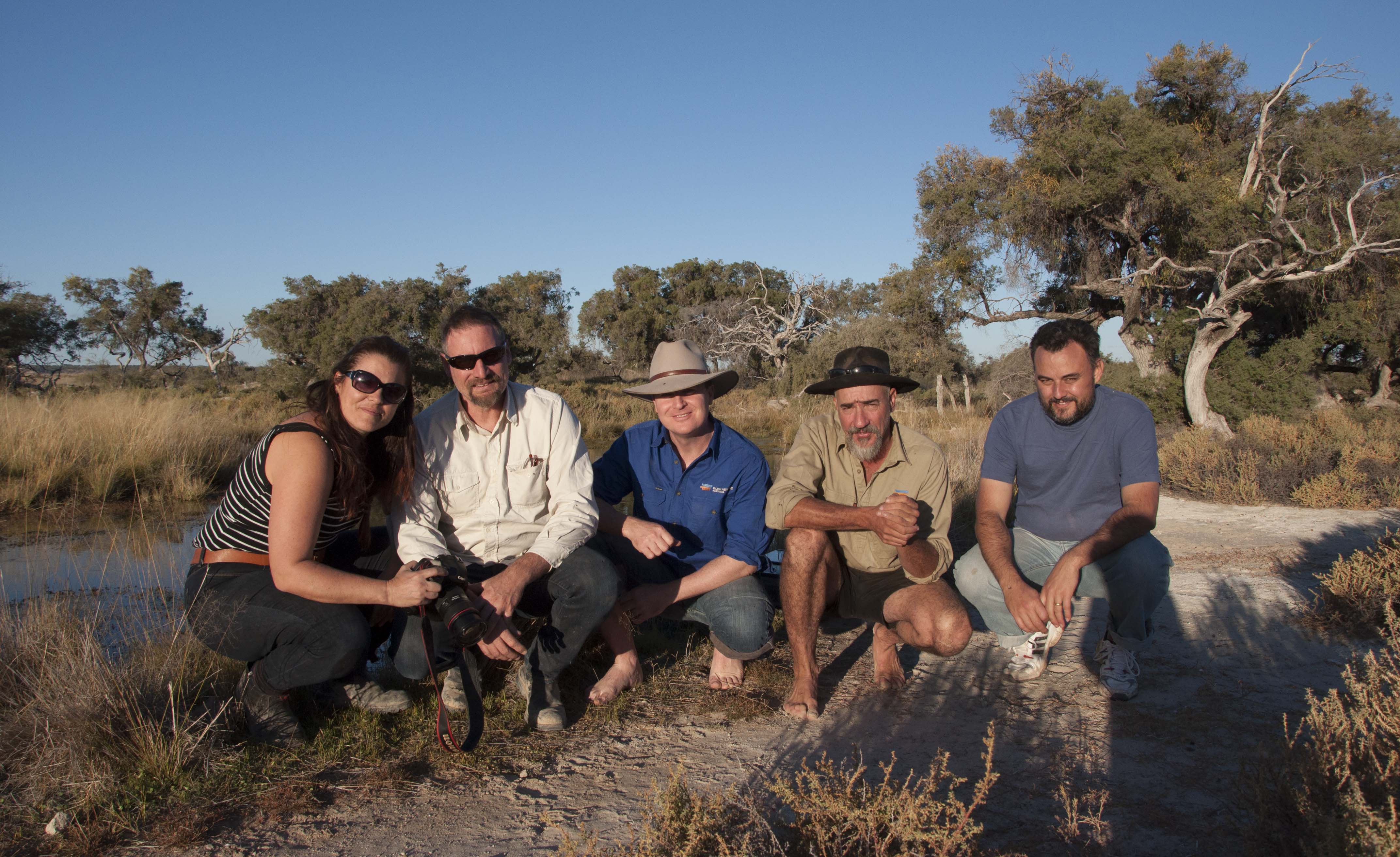 If you’re not a member please feel free to come and have a look, you can join on the night if you’re interested. The club shop with dry goods, supplies, new photo tanks and hopefully new nets will be open, as will the drinks stand. There’ll be an auction after the talks where anyone can buy, though you must be a member to register as a seller.

The 2014 QFAS Market day is being held at Springwood Road State School on Saturday,July 26 from 10:00 am til 2:00 pm. Entry is free.Easy access from the Southeast Freeway and plenty of parking right at the door.

If you would like to hire a site to sell product then you need to contact Peter Johnson either by pm or by email (peterrjohnson@hotmail.com). END_OF_DOCUMENT_TOKEN_TO_BE_REPLACED

Design works have officially commenced on the $50 million aquarium, which has been described as a “bold and confident architectural statement” for the town.

A tectonic façade that symbolises the movement of the earth will serve as the iconic architectural feature of the new Cairns Aquarium and Research Centre.

The building was a collaborative design project between Peddle Thorp Architects (PTA) and Architects Ellick and Partners. PTA has already completed nine aquarium projects, including Melbourne Aquarium’s Antarctic Exhibit and the fish tank which sits within the city’s Royal Children’s Hospital. END_OF_DOCUMENT_TOKEN_TO_BE_REPLACED